JEWWS - I Need Your Lovin´ But I don´t Need You 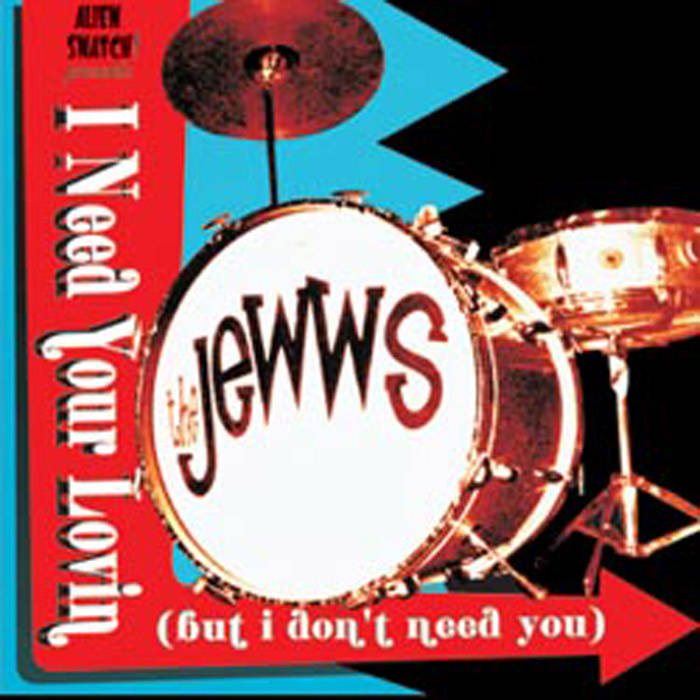 kylekraemer They should've been bigger

BLANK GENERATION (USA) . The JEWWS’ hyper charged, cool as fuck garage assault knocked me on my ass like a kick to the chest from Donnie Yen and left me begging for more. Omari, the JEWWS front man, definitely knows a thing or two about writing a good tune. The A-side reminds me a bit of a sped up version of the KINKS’ "Till the End of the Day" (easily the KINKS’ finest moment). The B-side has two tracks, one that saunters like a bad mother fucker looking for trouble, and another that rocks in an almost TEENGENERATE fashion with it’s bouncing bass line and 100 mph tempo.(SS)

SMASHIN TRANSISTORS (USA) This Texas band seems to get compared the GORIES a lot. They both play hopped-up 60's R&B influenced Rock-n-roll but I think the main reason why though is because there's a black guy and a chick in the band. Really, the similarities stop there. Like the Gories though, the Jewws cut their own path taking big doses of a good record collection and mashing it back out their own way. This is the follow up the "Heartbreaker" 10in., which is truly one of great garage-pop-trash treasures of the past few years, and they sped-up the pace and thrown a bunch more dirt on the sound for this one. This record isn't as instantly infectious as that one but I imagine someday soon this will be playing while I'm driving and checking my rearview I'll see flashing lights. I'll look down at the speed-o-meter and it'll say 120 mph. Ya realize I got a cop motor in that Grand Marquis (DM)

NO BRAINS ZINE (NETHERLANDS) Wow wow wow, unbelievable this is definitely the biggest surprise in last few months. This is probably one of the greatest garage trash bands. If you like MUMMIES and similar stuff you mustn't miss this pearl. If you don't have it already, beneath is email and address - so go and order your copy - it's only 500 pressed!! Jewws are trio: Omari, Rebecca and Matt. "I Need Your Lovin" is short and furious trashy garage punk with great vocal, great guitar, great rhythm - everything great - song you should play 10 times a day - it's a killer and a hit on my turntable. B side is not much different - Jewws are kickin' and rollin', "We Come Out At Night" has great riff and "Twist Party" is so fast - I don't know how they play this. Are you guys on speed? This is definitely sooooooooo GREAT!!!!!!!! And Alien Snatch! Records, keep releasing great stuff!!!!.(va)

If you like JEWWS - I Need Your Lovin´ But I don´t Need You, you may also like: